A Healthy Appetite is a restaurant review column for the fun-loving, nutrition-minded gormand. 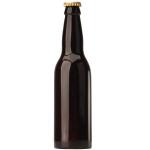 Lydia Shire, grande dame of the Boston restaurant world, was quoted in Boston Magazine, saying “Some nutritionists make out food to be the enemy, and that’s wrong. …[my menu] basically says to hell with those people.” When I read this quote I was both offended and intrigued. I had never dined at one of her restaurants and found myself compelled to investigate this nutrition-hater.

The Scene: Towne’s hipness is undeniable, albeit a bit like a meat market. Many days I walk by the restaurant weighed down by a backpack, only to catch glimpses of well-appointed businessmen and women clinking glasses after a day at the office. It seemed a place where people wanted to see and be seen. They appeared relaxed, so pleased to be drinking wine and nibbling on fancy bacon-wrapped dates. I gathered my group for a girls’ night out to see if Towne lived up to the hype.

Dapper men with slicked-back hair welcomed us to Towne, graciously opened the door, and ushered us into a dimly lit, dark wood bar. While we were making our way to the dining area, our host flashed a well-rehearsed smile and took us to our table. We were seated near the kitchen, which I highly recommend since you get a behind-the-scenes view of the bustling kitchen. Behind a thick glass wall we saw a sous chef frantically preparing meat for the monstrous grill. There is also a rotisserie spit that looks like it could fit the whole hog for some good nose-to-tail dining. Next to this area is a showpiece: an antique copper and ceramic stove that is a marvel of industrial design.

Although I resisted liking a place owned by a woman so clearly anti-nutrition, I could not help but admire the parade of beautiful dishes that emerged from the kitchen. The system functioned like a choreographed dance between chefs, sous chefs, food runners, and servers. In the kitchen, chefs twirled around each other in a sort of culinary flamenco, flipping seared fish, peeking into ovens, stirring sauces, and delicately seasoning sautéed vegetables. There was a hand-off at the interface between kitchen and dining room where elegant dishes were plated for the servers to deliver to an expectant diner.

Menu: I was half-expecting everything on the menu to be fried, drenched in butter, smothered in cheese, or otherwise nutritionally sabotaged. But instead, what first made me gasp were the high prices. So my fellow diners and I decided sampling the bread basket might ease the strain on our wallets. As someone who works in the field of nutrition, people often ask me for strategies to eat healthfully at restaurants. One of those strategies is to avoid the bread basket: it’s usually full of white, refined bread, accompanied by butter. I disregarded my own advice and dove into the basket. The soft, buttery roll with a hint of cheddar cheese won by a landslide. It was divine. The waiter brought not only a pure, creamy butter, but also a house-made hummus and baba ganoush to complement the bread. All were delicious.

Having taken the edge off our hunger, we turned our attention to the menu. It didn’t appear like a menu that would say “to hell” with nutritionists. Then again, it didn’t say, “I love nutritionists” either. Like most menus, the scale tipped in favor of unhealthy temptations: fried soft shell crab, lobster bisque, and myriad cuts of fatty pork. But it’s not all doom and gloom. The razor clams, veggie sides, and arugula salad with lima beans all sounded delightful. Unfortunately for vegetarians, the menu sneaks meat in all over the place. Even the avocado, radish and pea shoot salad comes with “pork crackling.”

We decided to skip appetizers and then motioned to the waiter that we were ready to order. The waiter, an entertaining fellow who was a former Marine and wine aficionado, was helpful in shepherding us to the most popular menu items. He highly recommended the duck crisp basted with sugar and citrus and drizzled with a huckleberry jus, a concentrated form of the berry’s juice. It did not disappoint. The dish presented a gorgeous plate of juicy sliced duck breast, a savory leg, and turnip puree that was light, silky smooth, with a distinctive carrot-like flavor. I advise you to order this generous portion as a dish to share.

The charred wild king salmon sounded rather healthful and lived up to that assumption. I am sure there was plenty of butter hidden somewhere, but on the surface it seemed like a nutritious choice. Alongside the fish came a puree of purple Okinawa yam- a sweet, starchy accompaniment to the simple fish. Bright green baby bok choy perfectly garnished the fish. The cruciferous bitterness of the bok choy countered the yam and tangy sweetness of the gastrique, a reduction of sugar, fruit, and vinegar. I felt there could have been more bok choy- why skimp on the vegetables? The fish itself was rather simply prepared, but of high quality and expertly seared.

The succulent Colorado lamb chops were a hit at our table as well. They had a rich, meaty taste mellowed by the creamy yogurt raita. The chef had cooked them just right—with a hint of pink inside. The only disappointing part of the plate was the puffed “poori,” a deep-fried Indian flatbread. It was bland, greasy, and added nothing to the otherwise fabulous dish.

For the sides, I voted for the yellow split peas, prepared in the British style (i.e mushy). The menu described them as being “unctuous.” We asked our waiter about the unctuousness of the peas and he explained that they are cooked in duck fat. Of course, why not cook beans in duck fat especially when you have duck on the menu?! Lydia is one sly anti-nutritionist and knows how to get the most out of a mallard. Apparently duck fat does make everything taste better.

Lydia: The grande dame herself stopped by our table mid-meal to ask us how it was. With our mouths full and our bellies getting there, we grinned, nodded our heads, and agreed in a muffled unison, “Mmm it’s all really good.” She smiled. She was eye-catching with her bright orange, puffed up hair and face adorned with magenta lipstick and blue eye shadow. I would not be surprised if she had been sleeping at the restaurant and overseeing every last detail to make sure her progeny’s first few weeks were successful ones. Under the haze of blue eye shadow, Lydia was glowing. She was clearly proud of her creation, as she should be: the meal was delightful.

Dessert: Taking the recommendation of our waiter, we chose the sorbet layer cake and the angel food cake. The sorbet came in about eight layers of different sorbet flavors with a handful of frozen blackberries. All flavors were sweet and tangy. Their creamy texture provided a refreshing end to the meal. The angel food cake was visually stunning: a thick slice of fluffy white angel food cake, topped with ethereal cotton candy. I haven’t had cotton candy since ’96 and it made me feel like a kid again. On the side was some kind of crunchy, coconut-y, decoration. We all wished there were more of that.

Drinks: Like any successful Boston restaurant, Towne has a full liquor license. You can order just about any cocktail your heart desires. As with the food menu, you will pay for the quality. Expect to shell out about $12 for a cocktail. Your waiter can help you navigate the extensive wine list. Be prepared: there are not many bottles under $30.

Towne is a must-visit restaurant. The food is inventive and beautifully created with only a few less-than-stellar menu items. The atmosphere is lively and will give your mind a respite from the stress of academia. Go for a drink and if you’re feeling indulgent, stay for dinner. Maybe, if you’re really lucky, Lydia and her flurry of orange hair will come say hi.

$$$$$ Average entrée is $30, Highest price is whatever you can dream of

NOT Pack a lunch

Mass breweries and wineries only

Standard beer or wine list with a few local twists

A large and interesting enough selection to keep the connoisseur busy

Off the chart amazing; a large selection of both local and international options

Caroline Carney is a second year Nutrition Communication student and is also working towards her Dietetic Internship. She likes to go running along the Charles with friends and to cook elaborate meals.

0 comments on “A Healthy Appetite: Unctuous, Wacky, Worth a Splurge”