Breakfast in Boston is dedicated to finding delicious morning meals, best enjoyed with friends and loved ones. Enjoy!

It was pointed out to me that The Friendly Toast is not wanting for praise, and indeed, its eminence is made clear on its website under “reviews/articles”, where it is noted by everyone from the Weekly Dig to Good Morning America as “the best breakfast in Boston” and “one of the best breakfasts in America”. No small feat, to be sure. Does this make my review a small fish in a very big pond? It does, I’m pretty sure, but I don’t think there’s any harm in dispensing my own criticisms while also informing our incoming class about one of New England’s vital breakfast experiences.

Unsurprisingly, I was running late to meet my friends in Kendall Square. I showed up nearly 45 minutes behind, hoping that I could at least catch the tail end of their meal and wolf down something delicious, rabidly taking notes in the process. But when I arrived, they were all still outside. I figured I was so late that they were just waiting to tell me that I missed the whole thing and that I was a bad friend. But nope, they were still waiting to get a table. They had arrived at 11:00 am, and everywhere around the patio outside the restaurant, patient patrons milled about in pairs and groups, listening for their names. I sat and waited with the others.

The time stretched on.

After another 20 minutes, we went inside to wait. At this point, Mari and Isaac had other plans for their day and had to depart, hungry and heartbroken. So we reduced our table from six to four, which required a careful maneuver through the deep crowd inside the restaurant and a concern that I was going to frustrate the host. While he took the request in stride, it’s possible that it did bump us down the list because…

The time stretched on.

Those who had arrived earlier had taken solace in coffee from the bar, and while they were caffeinated and their cups long gone, I could simply not convince myself to weave my way through the crowd and back, balancing a cup of hot tea. All in all my friends had been waiting a little over an hour and a half, when finally…

“Rebecca!” My friend’s name was called!

We delightedly picked up our things and were directed to our seats in the central dining room, around a chrome-edged formica table straight from your cool grandparents’ house. If you come to The Friendly Toast, be prepared for the kitsch. Kitsch kitsch kitsch. While it is indeed infinitely more entertaining than the cookie-cutter souvenirs of an Outback or Applebee’s, there is nevertheless a huge amount of it. If you are an easily distracted eater, The Friendly Toast is not going to be your cup of tea (or piece of toast).

The menus reflect this style well, decked out in vintage fonts and cartoons of kids that might have been ripped from old advertisements or PSAs. However, between all of that can be found some of the most scrumptious-sounding breakfast concoctions you’ll lay your eyes upon. For instance, Ben wound up ordering the Ole Miss: “our cayenne-cheddar toast topped with sausage (real or veg.), mashed chipotle sweet potatoes, two scrambled eggs, and mango sour cream. 10.50” If you’re not hungry by now, you either didn’t read the last sentence, or you’re allergic to mangoes.

To the tune of The Strokes and the sounds of scores of diners munching and scraping their way through breakfast, the remaining four of us hashed out the state of the world today and ordered our meals while we were at it: Anadama French toast for Rebecca; Ole Miss for Ben; a vegetarian BLT for Juli, who’s biological clock had by that time moved onto lunch; and the Mexican Mashed Meal for me. 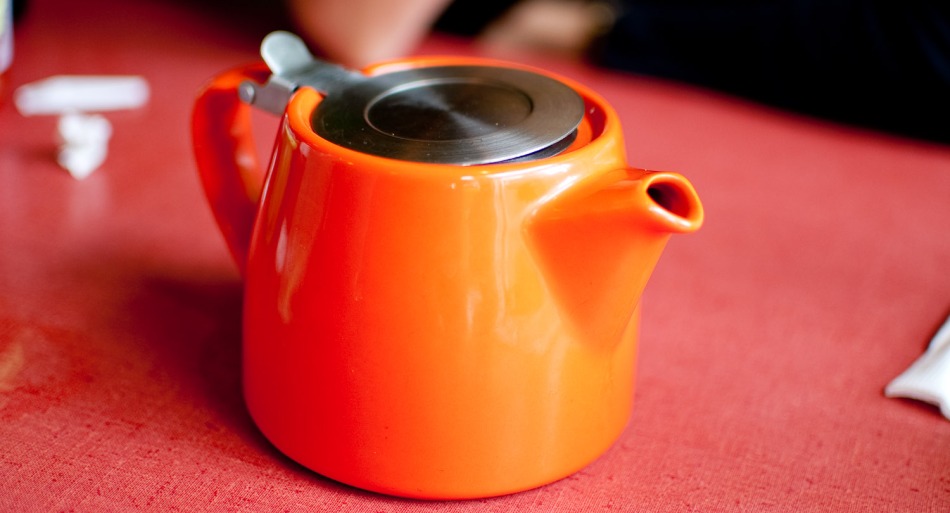 Despite the incredible volume of patrons at the restaurant and the complexity of each order, our meals arrived correctly and promptly from staff who, while not overtly friendly, were professionals in hip clothes. We each sank ferociously into our plates heaped high with goodness. Rebecca’s French toast was incredibly simple looking: just a stack of fried bread. However, she noted that this belied its true flavor, a well-made French toast utilizing anadama bread, whose molasses and corn meal mixture adds a lightly sweet flavor. Juli explained that she was “always on the search for a good BLT”, despite being a vegetarian, and merrily exclaimed between chews that it was fabulous and that “they don’t skimp on the bacon!” Ben was more quiet about his meal, but it soon became clear that that a lot of this had to do with that he was eating voraciously, taking time only to note that he could not believe what they were combining and how well it all fit together.

For myself, my Mexican Mashed Meal was also surprisingly delicious. It’s quite a sight when it arrives: a pile of spicy mashed potatoes, covered over with links of (veggie) chorizo and two fried eggs, with chipotle sauce and ridiculously thick slices of wheat toast on the side. The sauce, taken in small quantities, was a perfect complement to the plate, creating a pleasantly warm sensation in mouth and stomach that gradually panned out into a feeling of immense and overdue satiation. I washed this down with a glass of orange juice (unfortunately not fresh-squeezed) and a pot of Irish Breakfast tea.

And yet, even after sitting back sated and stuffed to the brim, the last part may have been the best part for those like me with a meager wallet. The check arrived, and for four people eating ostensibly “one of the best breakfasts in America”, the whole thing only cost $48.42. I’ll admit I got a bit giddy about that, and happily overtipped our server. The Friendly Toast’s prices are equivalent to or cheaper than inferior restaurants in the area. How do they do this? I do not know.

So really, if you’re going to go to The Friendly Toast, try to get there early. And if you can’t, bring a board game and settle in, because at the end of that wait is a breakfast that will leave a smile on your face for your entire day, and with such decent prices, you’ll wonder if you could have spent your hour and a half wait doing anything better with your time.

Jeff Hake is in his last semester of the Agriculture, Food and the Environment program at the Friedman School, so long as everything goes according to plan. He really likes tea, breakfast and farms, and spends a lot of time thinking about each of those things everyday.

0 comments on “Breakfast in Boston: The Toast with the Most”