We’ve all heard of the student athlete. How about the student citizen? A freshly launched effort, Friedman Students in Policy (FSIP), aims to corral interested graduate students into active work on policy topics on the national, state and local political agendas.

“We’re a policy school,” says Lindsey Webb, a second year FPAN student who founded the group this fall with Kate Olender, a second year FPAN/MPH candidate. “We have all these students who are interested in policy and we want to help them to be active in the community,” adds Olender.

After a kick-off meeting attended by 25 students and some continued conversation, FSIP will focus fall efforts in three arenas: a Boston zoning change to ease the way for more urban agriculture, a piece of state legislation to remove obstacles faced by restaurants and cafeterias that want to donate uneaten food to feeding programs, and a federal effort to establish more robust food safety measures.

“We wanted to do something on the city, state and federal level, and also be sure we have a mix of nutrition, poverty, and agriculture issues so people can work on things that interest them most,” Webb says. She and Olender credited Friedman faculty member Parke Wilde and Amy Lischko, associate professor of Public Health and Community Medicine at the Tufts University School of Medicine, with helping them formulate ideas over the summer about how best to structure the student group and select meaningful ways to get involved.

“We didn’t want to pick the hottest issues – that was actually Parke’s advice – where we might not be able to have much influence,” Olender notes. Instead, the group is focused on issues where Friedman student involvement could make a difference.

The group also organized a tour of the Massachusetts State House for interested students last week and intends to schedule a second tour soon to accommodate students who had class schedule conflicts. FSIP sponsored a workshop on citizen involvement on September 30, led by Alexis Fox, Massachusetts state director for the Humane Society of the United States. Fox was a dynamic speaker, offering the group a glimpse of the world of lobbying, networking, and creating change. “As citizens, so many of us fail to actualize our power,” she said, urging the mostly-female audience to consider running for public office. “Women are very under represented in our political system,” she noted, adding that it is much easier to persuade a man to run for office than a woman. “If you ask a man to think about it once or twice, he says, ‘Yeah, I could do that.’ With a woman, you have to ask at least five or six times.” 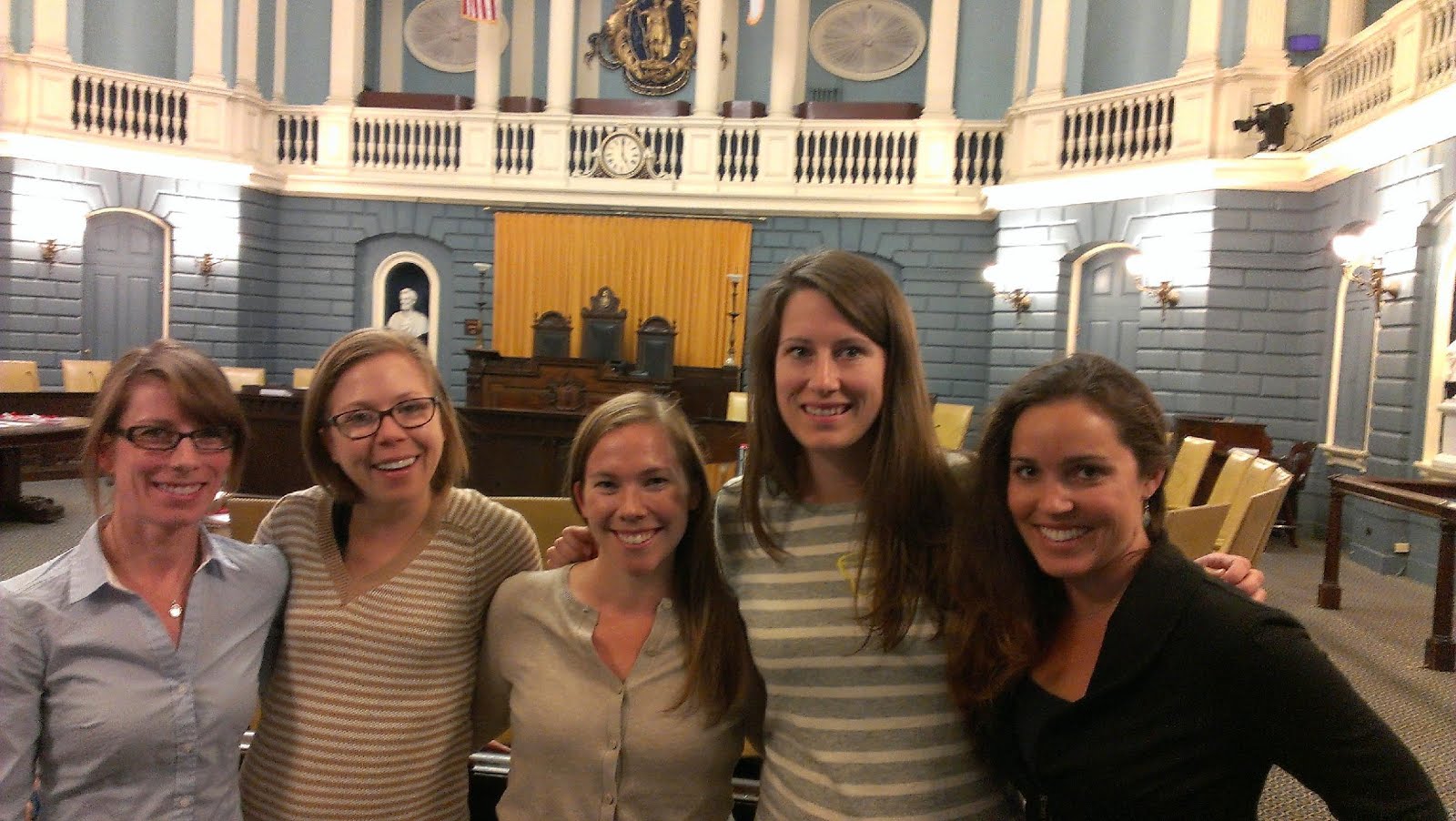 Both Olender and Webb acknowledge that their own political involvement had been “piecemeal” until recently. Webb worked at the State House this summer where she saw firsthand the value of citizen involvement. Olender says she worked on campaigns and causes in the past, but hoped for a more strategic, consistent activism around nutrition policy issues.

“We’re really excited,” Webb says. “I see this as a lasting group. We have so many students who are interested in policy and we’re looking forward to working with everyone.”

FSIP is just the newest of a host of other student organizations that have plans for events on and off-campus this year. Don’t just do your course readings and papers – get involved!

Student Council hosts a variety of fun events, including First Fridays, and more serious ones, such as the upcoming Town Hall on Wednesday, October 16 in Jaharis Auditorium at 12:15 p.m. (in lieu of weekly seminar series). Take this survey by October 9 to be sure your concerns are on the agenda. For questions about the council, contact Jennifer Falsted if you’re a science student; Lindsey Webb is the contact for policy wonks.

Slow Food Tufts offers a chance to combine food and fun. Last year’s bake-off was a real treat and new events are in the works, including a canning workshop on October 3 and a monthly supper club. Read more about Slow Food from a past issue of the Friedman Sprout or contact Simone Passerellli.

Jumbo’s Kitchen is a fun way to be involved in the larger community teaching “kids basic cooking skills and nutrition one class at a time. Visit the group’s web page to learn more and to volunteer.

Tufts Food Works offers a focus on entrepreneurship and the private sector in food and agricultural pursuits. A profile of this group in a recent issue of the Spout offers an overview of the group’s activities. Contacts are Stacy Blondin and Victoria Diaz-Bonilla.

The Quincy Garden Project sows seeds and enthusiasm for gardening at the nearby Josiah Quincy Elementary School and is already making plans for this school year. Volunteers are always welcome; Meg Lehnerd has more information.

The Friedman Justice League is an effort to develop a more systemic, intentional and sustainable effort at the Friedman School to address issues of diverse representation (within the student body, staff and faculty) and how the Friedman community addresses issues of discrimination and oppression (especially within the food system) in its teachings, research and programs. Events planned for this fall include a social justice tour of Chinatown with the Chinese Progressive Association. Tuesday, October 22, at 12:30 p.m. (contact Trisha Chakrabarti) and Farm Volunteer Day at the Food Project’s farm in Dudley Square, Roxbury on October 29 from 9 a.m. to noon (contact Rebecca Nemec). The group has bi-weekly meetings as well.

U.N.I.C.E.F. has a presence throughout the Tufts community and is particularly active in the fall each year. While the organization has not yet been approved as an official Friedman school student group, our Kusum Hachhethu is involved in the organization and can give you more information.

M.E. Malone is a second year FPAN/MPH student and former co-editor of the Friedman Sprout.