In case you somehow missed it, the biggest news out of the 2014 midterm elections was the Republican Party earning a majority in the Senate. This will potentially have a huge impact on future food and nutrition policy, since the majority of seats on the Senate Committee on Agriculture, Nutrition and Forestry will shift to the Republican Party.

Leadership of the Senate Agriculture Committee will change hands from Chairwoman Debbie Stabenow (D-Michigan) to a Republican. While Thad Cochran (R-Mississippi) was reelected and is currently the ranking member of the committee, Pat Roberts (R-Kansas) is expected to take over as chairman after his own reelection victory. Stabenow will likely remain on the committee as new ranking member.

The prospect of Roberts assuming leadership led to speculation that he may reopen the 2014 Farm Bill, which he voted against due to what he perceived to be too much spending on the Supplemental Nutrition Assistance Program (SNAP). Though he recently stated that he would not do so, changes could be in store for the next farm bill based on Roberts’ previous legislative action.

From 1995 to 1997, Roberts served as chairman of the House Committee on Agriculture and spearheaded the 1996 Farm Bill that established fixed government payments to farmers; the 2014 Farm Bill abolished these in favor of crop insurance subsidy programs. In addition to his preference for lower SNAP spending, Roberts’ concerns about federal regulation of crop prices could lead to drastic changes in the next farm bill.

The Senate Ag Committee will also be reshaped in other ways. A major story was the retirement of Tom Harkin (D-Iowa) and the victory of Republican Joni Ernst over Democrat Bruce Braley in the bid to succeed him. While it is unknown if Enrst, who would like to eliminate the Environmental Protection Agency, will petition to replace Harkin on the committee, her fellow Iowan Republican Senator Charles Grassley intends to retain his seat. In addition, current committee member John Walsh (D-Montana) was defeated by Republican Steve Daines.

While the farm bill is the major piece of legislation that could be affected by a Republican majority, some have also voiced concerns that the USDA’s school lunch standards will now be repealed.

Despite the Senate results, SNAP supporters were encouraged by Democrat Gwen Graham’s victory over Steve Southerland (R-Florida), who was running for reelection to the House of Representatives. Southerland gained attention for his efforts to cut SNAP funding.

Beyond Congressional elections, several ballot initiatives across the country had noteworthy effects on food and agriculture policy.

The most hotly contested state legislation centered on labeling genetically modified organisms (GMOs) in food. In fact, the vote on the Oregon Mandatory Labeling of GMOs Initiative (Prop 92) is now headed to a recount after initially being projected to fail. 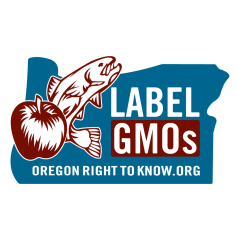 Prop 92 was sponsored by Oregon GMO Right to Know and would require “the labeling of raw and packaged foods produced entirely or partially by ‘genetic engineering,’ effective January 2016.” The measure appeared to have been defeated on election night, but issues related to residents signing and confirming their ballots have put the results into question.

Oregon Right to Know has been reinvigorated by the recount announcement. The organization originally helped to raise over $8 million in support of Prop 92, which was also endorsed by Chipotle Mexican Grill. They faced stiff competition from the Vote No on 92 Coalition political action committee (PAC), which raised over $16 million, thanks in large part to donations of over $4 million each from Monsanto and DuPont Pioneer.

Meanwhile in Colorado, voters rejected mandatory GMO labeling by a nearly two-thirds majority. The Right to Know Colorado GMO PAC was only able to raise about $626,000, compared to the No on 105 Coalition, which raised over $12 million, led by major contributions from Monsanto ($7 million), PepsiCo, and Kraft (over $1 million each).

The other GMO-related ballot initiative was at the county level, as residents in Hawaii’s Maui County voted in favor of a measure that established a moratorium on cultivating GMOs. Monsanto, which contributed over $5 million to defeat the measure, and Dow AgroSciences, which donated over $1 million, subsequently filed a lawsuit that led to an injunction that will last until December 5 and allows for additional hearings over the measure. The moratorium is currently slated to go into effect on March 31, 2015.

There were several other, less-publicized state-specific ballot initiatives related to agriculture, food, and the environment:

While many of the policies resulting from last month’s elections will not go into effect until 2015, many people will be watching to see how they affect and set precedent for future legislation across the United States.

Matt Moore is a first-year AFE student who was sad that Massachusetts did not vote his way on most of the elections and ballot initiatives. He is still waiting for a member the Green-Rainbow party to be elected governor.