How has the school year disappeared so quickly? We’re looking back on all we have accomplished over the last eight months, and then turning to look ahead at what comes next. For some of us, that means a summer internship – maybe here in Boston, maybe elsewhere in the US, or maybe abroad – working to advance the goals of a more sustainable, healthy, and empowered food system. For others of us, we’re carrying that charge forward into the next stage of our careers: graduation, and beyond!

As editors, we are so proud of what we’ve been able to witness our Friedman community accomplish this year. It has been a pleasure to maintain a platform for students to share their expertise, start important conversations and maintain a dialogue about the nutrition and agriculture policies at the nexus of all of our careers.

We can hardly believe it, but here we are introducing the last (but certainly NOT the least) Sprout issue of the 2017-2018 school year…

With classes winding down you may find yourself with a little extra free time for putzing in the kitchen. Why not try something new? Michelle Rossi takes the mystery and intimidation out of that one kitchen appliance we all have but rarely use: the broiler.

Need a good way to destress and stay healthy before finals drop on your head? Liz Hatzenbuehler advises going for a run. In this issue, she shares five F’s for making running a fun new habit.

Back in March, Friedman hosted a screening of the film “Forgotten Farms.” New England’s dairy industry has dwindled to fewer than 2,000 farms across the region, representing a loss of about 10,000 farms in the last 50 years. Laura Barley reviews the film for The Friedman Sprout, analyzes some of the reasons for the industry’s decline, and offers her thoughts on how consumers can more mindfully support the farms that make up the backbone of New England agriculture.

Time for a snack! Theo Fitopoulos has just the suggestion: tucked away on Newbury Street is the fast-casual spot Gre.Co, and it’s sure to hit the spot next time you’ve got a hankering for authentic Greek cuisine. Theo tells us what’s good when you go.

If Friedman students have learned anything about nutrition policy, it’s that politics are not so far removed from people’s real lived experiences – including the lives of children. That’s why Alana Davidson says we should support the new Massachusetts bill that would put a ban on lunch shaming. What’s lunch shaming? And how does it affect schoolchildren in Massachusetts? Read on to find out – and then call your state legislators to voice your support for Bill S.2390/H.4422!

Friedman students go on to do really cool work – sometimes even before they’ve graduated. Earlier this semester, second-year dual degree student Becca Lucas traveled to Italy and the Dominican Republic to meet other students from all over the world and learn about how coffee is grown and processed before it reaches your cup. She shares her unforgettable experience with the Sprout – including some epic visuals – and reflects on what sustainability means from the perspective of a global coffee corporation.

International trade is big business for American agriculture. Turns out, it also makes for some pretty complicated relationships. In this issue, Sam Jones takes a dive into Trump’s recent steel and aluminum trade deals, and explains why American hog farmers are feeling wary.

You may have noticed the new composting bins around the Health Sciences campus recently! But did you know they’re there because of an effort to reduce food waste, driven by Friedman Student Council rep Michelle Lee-Bravatti? Erin Child investigates how the new composting service came to be.

What else is new in Friedman news? For starters, we just wrapped up the 21-Day Racial Equity Habit Building Challenge, promoted by the Friedman Committee on Social Justice, Inclusion and Diversity. Several members of the Friedman Justice League took some time to reflect on what they learned during the 21-Day Challenge, and where they hope Friedman will go from here.

In April, Friedman hosted the 11th Annual Student Research Conference, a chance for graduate researchers from institutions all over the US and the world to gather and enjoy sharing what they’ve learned with their peers. What a day for intellectual stimulation! Nako Kobayashi reports on the highlights of the conference.

Over spring break, several Friedman students ventured out to Washington State University to explore the WSU Bread Lab, where professors, students, farmers, bakers and brewers are pushing the boundaries of how and why we grow grain. The innovative work they do at the Bread Lab is shaping a new grain economy in Washington’s Skagit Valley. Nayla Bezares, Claire Loudis, Tetyana Pecherska, and Alexandra Stern tell the story in their own words.

This is it: the last issue of the year! We’re so proud of the stories we’ve been able to share with you over the last several months, and grateful for all of the student contributors who have helped make it happen.

And without further ado… we’re pleased to announce our new editors for next year, Sam Jones and Nako Kobayashi! Both Sam, a rising second-year AFE student, and Nako, a new AFE Spring start, have been regular contributors to the Sprout since arriving at Friedman. Moreover, they’ve been absolutely instrumental in helping put together this month’s issue. Erin Child, our invaluable social media editor, will continue in her role as Queen of All Things Facebook, Twitter, and Instagram! We’re so excited about the new team, and we couldn’t be leaving the Sprout in better hands.

The Broiler: Your Most Underused Kitchen Appliance

Ahh, spring is in the air and grilling season is almost upon us. For those lucky enough to own or have access to a grill, grilling makes a homemade dinner seem so quick and easy! But what about those of us who don’t own a grill? And what about those chilly fall, winter, or spring months in Boston where all you want to do is stay inside and forget the crazy weather outside? Enter: your broiler.

Running to the Finish Line of Spring Semester

At last! Spring has sprung. As the longer, warmer days attempt to lure you outside, reality rears its head. You are a grad student, remember? The last thing you have time for is frolicking carefree in the sunshine. With only a few weeks remaining in the spring semester, papers are piling up and project deadlines are looming. And, have you secured your summer internship yet?! If this has you reaching for a paper bag to prevent from hyperventilating, I have an idea. 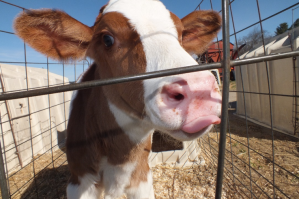 To examine the contemporary trends affecting the dairy industry, on March 27th, the Tufts Friedman School of Nutrition Science and Policy hosted a screening of the film “Forgotten Farms”, a documentary featuring some of the longest-standing dairy farmers in New England.

Gre.Co is a subterranean fast-casual restaurant on Newbury St. in Boston. They focus on fresh and flavorful ingredients to bring authentic Greek street food to the city. The small, vibrant restaurant is a gem among the Newbury St. restaurant scene.

The Massachusetts Law Reform Institute released a report this Spring on lunch shaming in Massachusetts schools. Lunch shaming is when children are denied a meal or given an alternative cold cheese sandwich because they cannot afford the food. Read more about this issue and what legislation has been put forward to address it! 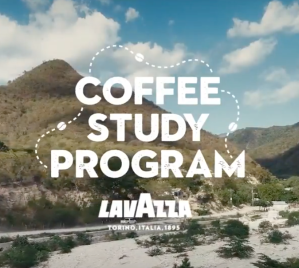 To Systematize Sustainability: An Experience with Italian Corporate Social Responsibility

A two-week immersive experience with Corporate Social Responsibility team and sustainable coffee development projects at Lavazza, an Italian coffee company, brought this Friedman student back and forth between two continents on a journey of a thousand coffee cups and one company’s manifestation of sustainability.

President Trump has been waging a trade war since early March, with China as his greatest adversary. Steel and aluminum manufacturing stood to benefit from these protectionist measures, but the U.S. agricultural sector is actually getting the raw end of the deal in this tit-for-tat dispute.

On April 9th, four new compost bins appeared next to the usual trash and recycling options in the Jaharis, Sackler, and the M&V buildings. These small green bins are a pilot composting initiative run by Michelle Lee-Bravatti, student life representative of the Friedman Student Council, and her team of compost volunteers. Getting these bins to campus took time, effort, and coordination between multiple players. The Sprout sat down with Michelle to learn about her hard work to bring composting to campus, and what she wants to students to know about this new option for food waste.

Making time for reflection in our busy lives can be difficult. In April 2018, Friedman’s Committee on Social Justice, Inclusion, and Diversity (CSJID) invited the school to do just that by participating in a 21-Day Racial Equity Habit-Building Challenge. Students from the Friedman Justice League (FJL) reflect on what they felt and learned during the challenge, and on the implications of these learnings for the school’s community.

Last month, the Friedman School hosted the 11th annual Future of Food and Nutrition Conference. Graduate students from across the country and around the world gathered to discuss their innovative research related to food and nutrition. Nako Kobayashi summarizes and offers some of her thoughts on the topics covered during the conference.

Over spring break, four AFE students had the opportunity to visit Dr. Stephen Jones and his team at the WSU Bread Lab and explore the regional grain economy that has grown in the Skagit Valley as a result of their work.

0 comments on “Turning a New Page”